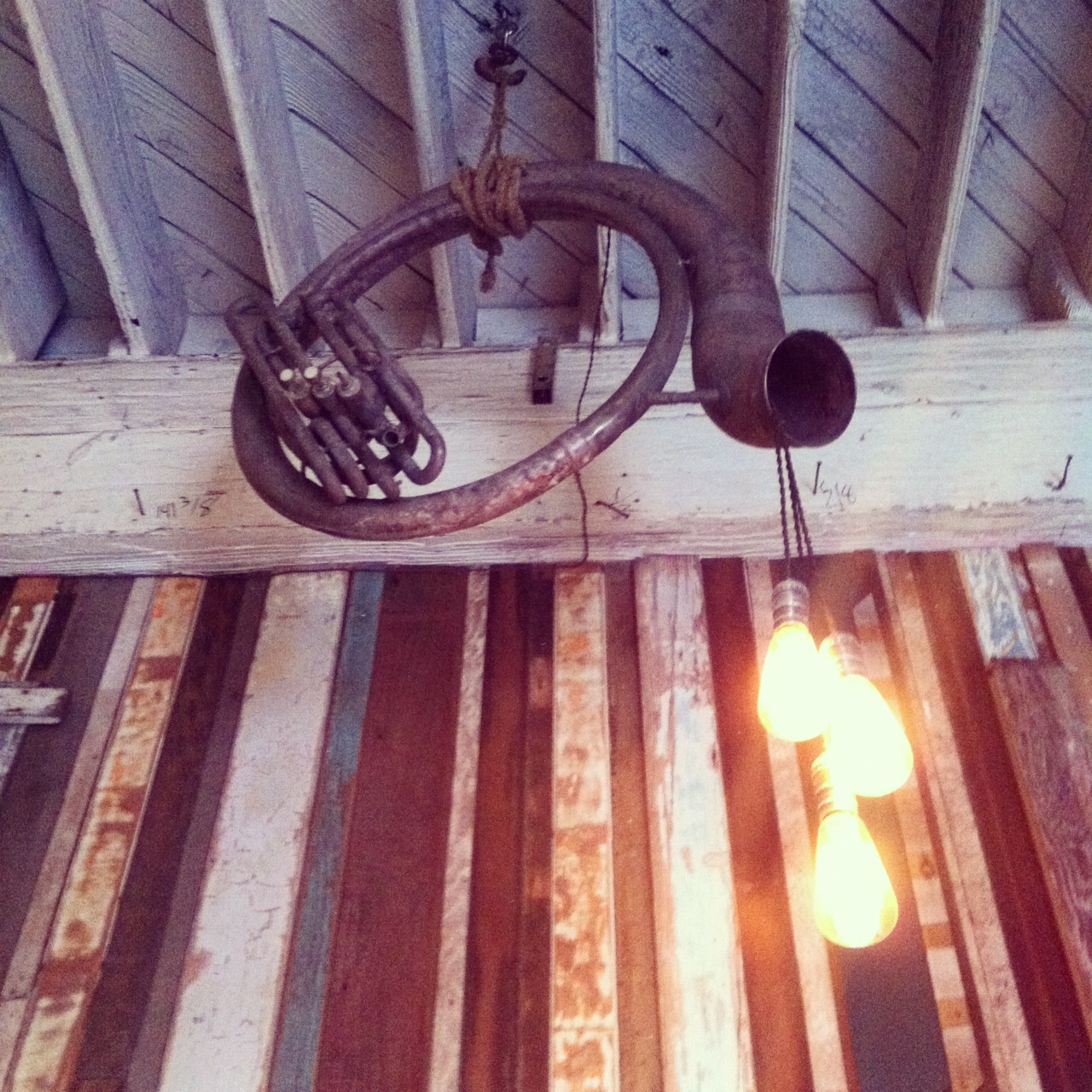 Tony Visconti on the Eventide 949 Harmonizer: “It fucks with he fabric of time.”

I have rediscovered the great Eventide 949 Harmonizer and it’s getting difficult for me not to destroy every single tack through that anarchic box. Bowie, Eno, and Visconti put this thing to wonderful use on Low (it was probably used on hundreds of other records of that era). I know engineers always feel conflicted about talking up some long forgotten effect or compressor, with dwindling supply and the world eBay market, it doesn’t take much of a demand uptick to see serious insane price rises (look at passive filters and Level-Locs).

The 949 is fantastic used as a wild card drum mic send (we use a shitty sm58 in front of the kit, doesn’t much matter where). On attached rough mix, you’ll hear it almost voice a chord on top of Jason’s drum set (he comes in around 1:07). The 949 does this magnificent trick: it can do pretty and hifi, and it can also sound like an 8-bit cookie monster. We opted for the monster this time around.

Okay let’s get into the rough track (btw, this song is being built up from Jason’s drum beat, I have lyrics and chords finished, I’ll record that last).

The first thing you hear is a glockenspiel being clobbered by a Distressor and key gated from the snare mic. I’m always looking to add super bright floating sounds in overdubs.
The guitars are all acoustics, the one on the right is sent through a PCM 41 using the square wave modulation (amazing how useful this f-ing delay is).

I use the two different compressors to get a different midrange out of the guitars, that’s useful when you’re panning two similar performances hard right/left.

The repeating melody you hear around :11 is a multi-tracked phrase submixed to a stereo pair.
These are the components:

* I do pitch shifting on the Studer on a lot of my overdubs, usually between 50 and 100 cents. (100 cents is a half step) Pitch shifting moves the vocal formant this way and that and allows a singer to create a more complicated spectral picture. I highly recommend it.

In general, I use a very simple signal path when I’m doing a lot of quick overdubbing. It’s usually a Schoeps CMC mic with a MK4 capsule > Neve 1089 > Urei 1176 (w/ Alactronics mod). I only change this around if things aren’t working. If a mic can make it to this overdub path, it’s really something. I’ve also had great luck with the E22s and a 617. For vocals, it’s always a Josephson C700A or a C716.

There are 31 channels of compression in the A room, I’ve used about 6 at most. (Although I recently used a BSS on an acoustic track, destroying it through the d-esser, it was excellent sounding.) I’m usually too busy to care, and while listening critically to every track you do is great in theory, it’s also unrealistic.

Once someone told me they change mic pres constantly to make sure their recordings “don’t sound the same.” I would’ve gotten along every well in the 60s, when there were no external mic pres at all. The best of those records are as good as anything we have.

Okay, onto the drums. First off, it’s important to know that Ian Pellicci, who recorded these tracks and is working with me on the new record, is a genius. He’s an excellent engineer and I defer to him at every train crossing. We both like to limit the number of mics on drums. Our magic number is five. Four on the kit, and one wild card. (I much prefer having a separate wild card mic, as opposed to just sending a aux signal to an outboard effect, it solves a phase issue and I have a very untestable feeling it sounds better.)

Notice there is no compression to tape. The Fearn is VERY helpful in playing the bad cop to all those crazy-ass front-end transients on the OHs. The Josephson C716 is an excellent LDC, it does some very heavy lifting here.

That 949 is the source of all the chordal voicing you hear on the drum set. I think we set it an octave above, and fucked around with the feedback settings until it was really twitching.

Remember, we are on a 24-track without the chance to go fornicate with the Devil (Pro Tools) before we reach Heaven (the ATR 102 1/2″), so we have to mind our tracks and make sure we don’t back ourselves into a corner before we get to vocals. (I like at least 10 tracks open for vocals, mostly for back-ups.) Remember they used to do this on a 4-track. (Revolver, anyone?)

Our goal is to get those drum mics down to 3 or 2. (I have to be very careful here not to cast everyone who uses 15+ mics on a kit to eternal damnation. VERY CAREFUL. I have heard drum recordings that sound good with 20 mics on a drum kit, but I’ve also had very delicious water from a muddy pond once when I was lost camping.)

Using less mics on drums prevents (or lessons) phase problems, makes it faster to set up and concentrate on the performance, and allows you to really suss out exactly what is happening with each mic. OK, sermon is over.

Speaking of Jason, he is really driving this entire show. He’s hearing the Eventide 949 send and really playing to it. Follow his choice of tom fills, he is establishing a clear melody. Jason is an exceptional drummer, we’ve never had a better one inside these walls. All the tweaking is done in real time. I am swearing off any outboard effects after the fact. No compression, no spatial treatments. We’ll be forced to do it in real time, and there’s no looking back. I am not a purist, I’m just too lazy (or incapable) to see that far ahead.

Sloppy hi-fi, that’s what we call it.

A good interview with Andy Johns on recording “Exile On Main Street.”