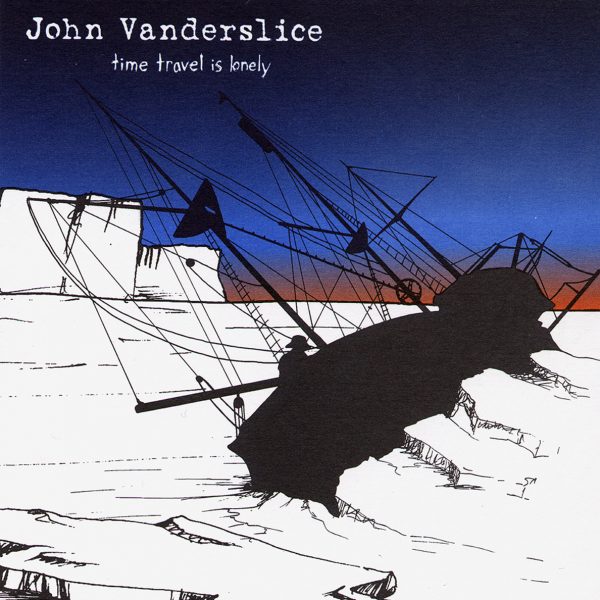 1 you were my fiji
a cheap PA compressor called the Shure LevelLoc was used on all tracks. its slow release time and ungodly noise floor have an unmistakable and (to me) heavenly sound. I sang on three tracks, played four acoustic tracks (one is distorted heavily through an ampex mx10), moog source, mellotron strings. this was the first song I recorded after msof.

croslin tracked all the basics.

the cros suggested that gavin go for a “maggie mae” feel and that really made the song come together. after cros left, gavin and I added some super-saturated NMH-style drums rolls (they open the song). we pressed all four ratio buttons on the urei 1176 and went to town. a few weeks later, we triple tracked bill swan’s horn. in mix down, cros added some wonderful distortion on the trumpets with an ampex mx10. bill plays in the brilliant beulah. carlos (from one of my favorite bands, for stars) came in when the song was almost finished and laid down 4 vocal tracks, doubling two high harmonies that he wrote. icing on the cake. I sang, played acoustic guitar, piano, mellotron flute, moog lead line, and moog source sequence.

3 little boy lost
eight tracks of moog were used on this one, the rhythm ace provided the beat.
I had been listening to walter carlos’s switched on bach and wanted to imitate the mechanical playfulness of those recordings. I sang (3 tracks), played moog source, moog prodigy, distorted acoustic (2), and a looped, reversed and distorted sample of a webern string quartet (that insane muttering in the acoustic breaks).

4 interlude 1
the piano was taken from brahms’s piano ballade #3 and run through an ampex mx 10 line amp and multed through two eventide h3000 harmonizers. the “stutter” patch was used on both. I played string and flute samples from a mellotron over the melody. the rain sample was taken from a hafler trio record, the opening quote (“I haven’t been told what I’m here for”) is from lee harvey oswald after he was arrested for assassinating jfk.

5 everything changed
drums: gavin foster
harmony vocal: carlos forster
triplet vocal: alex nahas, scott solter
(it comes in on “it could’ve been the shame of not even trying”)
percussion: scott solter

the cros tracked the drums, scott tracked most of the rest.

scott solter had a lot to do with this one. he triple tracked a distorted tar drum (it plays on the 2, 4 and 6) and a sol ogon (an african finger bass) which he laid on the “4 and” (right before the downbeat of the measure). using the ampex variable speed operator, he sped the tape down and doubled the sol ogon with a sub from the moog source. this lowered the moog note when the tape was played back at full speed. I sang four on tracks, and played moog source, moog prodigy, mellotron strings and choir, roland organ.

this started out as a demo with acoustic guitar, vocal, and an supremely annoying roland R8 drum machine patch. as happened with most of these songs, the genius we call “gavin” came in a played drums and we built things up from there. noe came in and knocked out her complex harmony work in about an hour; we were humbled when she left. I played moog source, moog/realistic MG-01, acoustic, and mellotron (3 tracks).

the drum and guitar loop is from a band too big for me to name, again the tracks were multed and ran to 3 stereo feeds and the h3000s. I found a sound effects disc with the falling object sound, sampled it, and ran it through the akg bx10 reverb.

the cros tracked everything; we recorded the basics live.

gavin, peter and logan had a big hand in writing and arranging this one. I brought this into practice as a nod to spoon and mk ultra, my old band. we played a few shows with patrick (oranger, snowmen) and he was nice enough to come in and play inspired rhodes. logan plays all the delay sound effects and an amazing joey santiago-like line in the chorus. I sang on 3 tracks (the great harmonies in the chorus were written by peter), played distorted moog (it doubles peter’s bass line in the chorus), sampled camera flash recharger, electric guitar, and satellite feed.

9 if I live or if I die
alex: cabasa, woodblock, shaker

I sang, (3 tracks), played piano, handclaps, delayed woodblock, distorted bongos, moog source (4 tracks, including the high buzzing lead line, the ramps on the left side, and the arpeggiating bass lines), moog prodigy, moog/realistic MG-1 (all the outro beeps and squiggles)

after a short tour of the NW, we decided to record a song that more closely represented us live. the drums were recorded using one beyer 160 ribbon mic >ampex mx10 > urei 1176. we also leaned heavy on the ampex and other ribbon mics during the rest of tracking. I think this accounts for the very murky, subterranean feel of the recording. the outro piano was distorted using a neve 1089 > urei 1176 > ibanez 202; the idea was taken directly from the great grandaddy record, sophtware slump. I sang, played my harmony acoustic, and piano.

11 interlude 2
the harpsichord is from bach’s preludium to fugue #2, the cd was amped through two neve 1089 and compressed (it’s disturbing how much better DDD classical music sounds when run through a good line amp). I multed the signal out to the ibanez 202 and tweaked the regeneration and time during the transfer. I sang (11 tracks!), and played arp, chamberlin, and mellotron samples, moog, and organ.

12 do you remember the man?
drums: gavin foster

the groove that gavin laid over the rhythm ace still astounds me: it swings so brilliantly. he only varies the beat once: he adds an extra snare beat in the most surprising place (the break between verse 1 and 2). the odd instrumental that follows the chorus (where dueling acoustic wind their way up to a D#) was written around some tracks that I forgot to erase from a previous song on the reel. I played bass, electric and acoustic guitars, delayed xylophone, roland vk-9 organ, moog subs, roland gr-500 guitar synthesizer, and distorted, delayed wood block (the crazy echo sound in the instrumental).

alex and scott wrote some fantastic percussion parts on this song. the opening rubbery slide sound is alex on a tar drum through a heavily tweaked signal chain (h3000 + mxr flanger), he also played a jar drum that plays on the 1 of the even measures. another tar drum track plays on the 4 and “4 and” of every measure except the fourth. the rhythm ace holds down the beat. in the instrumental break, scott double tracked one of beulah’s bongos (we used their percussion collection to full effect while they were camped out at tiny for the summer) and I ran it through our invaluable ibanez 202 delays. I sang (2 tracks), played pianos (3 tracks), chamberlin and mellotron samples, distorted acoustic, moogs, and organ.

you were my fiji

oh we kissed only once,
in your stripped out apartment,
You sold your furniture,
so we kissed on the carpet.

it’s like a whaling ship
oh, is being on tour you know,
next day you gotta set sail
in your 350 Ford

you’re a stripper now,
in new orleans
fucking whale sank my van and
took my shipmates into the sea.

one, two, three, five,
the night is only half alive
the curtains blow the frightened tress,
they line the moonlit windy beach

four five six seven,
my dreams never touched on heaven,
they come, they stream they laugh they bleed,
they drop me off in a thicket of reeds

a boy, a dog, the dunes, the sea,
he stands in a thicket of reeds,
no food, no cell, or GPS,
I watched him weeping from the trees

“the sea is only half alive,
help me find my campsite,” he said

I dreamed he found his way back there,
the campsite though was stripped out bare,
the night was only half-alive
skinned racoons hung from a line

for men there is no turning back,
they all had left with coonskin caps,
the embers smoked and barley glowed,
he gathered wood and started his own fire

don’t walk away so fast
(from wm. blake)

dad, where are you going to?
don’t walk away so fast
talk to your little boy,
or else I will be lost
the night was dark
and his dad wasn’t there
the kid he was wet with rain
the forest was deep and he cried
and away the vapor flew

I heard the sound,
dull smash of shatterproof glass,
everything stopped in the parking lot,
for a little girl face down on the ground,
we all knew that she gone,
all came near, no nothing was said,
I had never seen somebody dead,

for me everything changed

understand I was very high,
I just quit my job, no I just got fired
the day she died for me everything changed
could’ve been the shame of not even trying,
could’ve been the blood in her matted hair,
or how regrets of the dying are added to the air

for me everything changed

our old house
everything’s changed
bleached out and aired, ikea-d and swept bare,
poor ghost, old love,
speak with your old voice
of flaming insight
that kept us awake at night
in one bed and apart, my old wife
my old flame

hold on, keep it together
hold on
no one, no one has ever
made it so far in time

no one knows what happens next
because time travel is lonely
listen,
wear your headphones,
and I’ll whisper you the code
of a helper application
that you can download

if thought is life and strength and breath
and the want of thought is death
then am I a happy fly?
if I live or if I die

snowbound for another day,
sunrise failed and faded away
now I can’t even see
the line between solid ground and sea

if she doesn’t exist
why do I miss her?

do you remember the man?
standing in front of the tanks that
rolled on tianamin square
he just stood there

no he was never caught,
they smuggled him out to America
he doesn’t want to talk about it
he’s got a new name
he lives in maclean, virginia

no he was never caught,
they smuggled him out to america
he doesn’t want to talk about it
he’s got a new name
he lives in maclean, virginia

sun burned off the lonely clouds
and warmed my face, the roots in the ground
they washed me off in a shallow stream
where sand dunes line the beach

how we hovered all in between
slight sliver where life can begin,
between oxygen and temperature
or the force fields of boy and girl